With such a good domain name, Ripple.com, and with a newish company, Ripple.com must have been bought and re-purposed. I was curious to check out what the site was used for before the current purpose. Using the Way Back Machine, I was able to view most of the old websites on that domain.

The domain was first registered back on March 13, 1998. The first instance of the Website having archived content was back on February 1, 2001. There were two words on the top of the page: Ripple Communications, nothing else.

The first real content was archived back on April 20, 2003. Ripple.com was home to the Resilience Project, an effort of Sierra Nevada College. Here’s what that homepage looked like:

Ripple Communications used the site until the end of 2012. Their last site looked like this:

Sometime at the end of 2012, someone over at Ripple must have negotiated with Ripple Communications and bought the domain to re-launch Ripple.com. Here is the very first Ripple.com by then OpenCoin Inc. Here is how they described themselves:

“Ripple was created by OpenCoin Inc. We will be releasing all the source soon. Our intent is for Ripple to exist without a central authority.”

How much did Ripple pivot from the very first Website? Here is how they initially described how it works:

ripple is a single unified system that doesn’t require ACH, banks, or credit card networks, ripple avoids many of the obstacles that drive other systems’ fees and hassles. ripple also automatically exchanges currencies within the platform to make global payments easy. Finally, ripple is truly open. No one owns it. Anyone can use it. It’s open source, so anyone can build on top of it.

And of advanced uses of ripple

Many prefer the simplest use of ripple, but others may be interested in the rich possibilities it provides for getting more involved. See how you can use ripple to facilitate more transactions within your network, or buy and sell currency.

I can’t say that they pivoted much. That early vision archived in 2012 is in the ballpark of what they are executing on today.

I am not sure how many people that were there from day one are still at Ripple. But to those that are, my hats off to the four+ years of tenacity to bring this vision to reality. 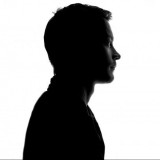